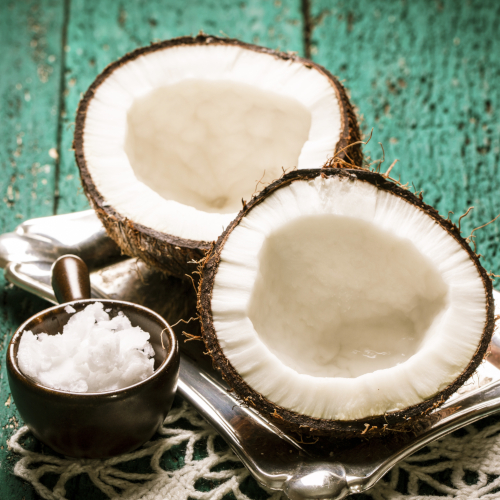 The oldest superfood coconut oil is here to stay. The origins of using Coconut oil can be traced back thousands of years. It is a significant part of the nourishing daily diets of coastal communities. Not only did it provide nutrition as a staple part of the diet, it was also used for its healing and medicinal properties in Ayurveda and traditional treatments.

There was a time in the 1960’s heavy lobbying by the vegetable oil and pharmaceutical Industry against saturated fats triggered by a now-debunked study saw to the decline of the use of this natural oil that had been used by generations of people globally.  Supplemented by the growing habit of eating out and choosing processed canned and instant convenience foods, the vilified saturated fats; butter, coconut oil, tallow were replaced by cheaper and heavily processed soybean and vegetable oils in the manufacture of ready to eat foods as fewer people cooked from scratch using wholesome unprocessed ingredients.

In the early 2000’s, a well-executed campaign led by Dr. Bruce Fife and the Coconut Research Centre began to educate, rediscover and restore the understanding of the medicinal benefits of using coconut oil;  it is the only other naturally rich source of Lauric acid, next to mother’s milk and has natural immunity-enhancing capabilities. The high content of MCTs, (Medium-chain triglycerides) means it is a good source of energy as coconut oil can be easily digested and metabolised for energy by the liver. This has grown its popularity in high-fat, high-protein and activity-based diets that increase physical and mental performance and endurance while helping maintain healthy weight goals.

The increased interest has spurred more research to prove that benefits exist. While we substantiate the growing accord of these claims,  a paper published by the Harvard school of public health reads: Coconut oil contains no cholesterol, no fibre, and only traces of vitamins, minerals, and plant sterols. Plant sterols have a chemical structure that mimics blood cholesterol and may help to block the absorption of cholesterol in the body. However, the amount found in a few tablespoons of coconut oil is too small to produce a beneficial effect.

The paper does go on to suggest how coconut oil intake can be increased :

While researchers and media bunk and debunk claims and theories, island communities have continued to consume coconut for centuries unswayed by the self-serving propaganda of vegetable oil industries or Big Pharma’s bid to protect its multi-billion-dollar cholesterol-lowering drug industry. There still remain those that swear by it for everything from treating hair loss, to warding off heart disease.

While we wait for science to play catch up with proving (or not) more than hundreds of potential benefits and uses for coconut oil, consuming high-quality coconut oil in healthy moderation, according to every individual’s lifestyle needs, it is safe to say that there is more to lose than gain in ruling out this natural oil without even giving it a try. 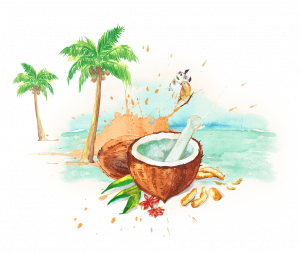